Nintendo on the iPhone

Not sure how many of you watched the Apple Keynote yesterday, but given that I am the spouse of a plugged in engineer, I have always been up-to-date on the latest gizmos coming out of Cupertino. While there’s a lot of buzz about the merits of the new iPhone 7, I for one am more excited that Nintendo is finally coming to the iPhone. Okay, I might be looking forward to the iPhone 7 too (mostly for the camera upgrade), but I am definitely more interested in new Nintendo games on iOS and giving Super Mario Run a whirl.

Did you know I love video games? So much. Specifically Nintendo, and more specifically, The Legend of Zelda.

Growing up, my three older sisters and I shared a single Atari controller and enjoyed the never-nearing mountain backgrounds of Pole Position. My sister Kristen’s favorite Christmas was the year Santa brought her a Nintendo Entertainment System. Duck Hunt and Super Mario Bros. were our main games. We crammed into a small room on our third floor, draped ourselves on the mustard velvet armchair, and spent days gaming our way through every cartridge we owned. Our parents were strict and game time was limited to school vacations of “five days or more.” This usually excluded Thanksgiving and most holidays, so when Christmas, spring break and summer came around, we were holed up for hours, straining our eyes at the 8-bit images. Sometimes we would visit relatives and swarm their machines – game time was unlimited and didn’t have to sync with holidays. We played Karate Kid and Kid Icarus in my cousin’s basement, but we always looked forward to playing The Legend of Zelda at my Aunt’s house in Seattle, Washington. The game felt so rare that we cherished it above all the other games. We never owned it ourselves and longed to play it – even today it feels like a special treat.

Soon Super Nintendo was added to our console collection. At that point I was five, had more finger dexterity than before, and I could pick up games faster than ever. My sisters crowned me the “Game Genie” after beating Capcom’s Aladdin in one sitting – the same day we bought it from Toys”R”Us. But there’s something about Zelda: A Link to the Past that’s burned into my childhood. Maybe it’s the music, the uniqueness of the game, the story, or the precious memories I had with my sisters. I am so fond of that game that I’ve played it several times as an adult.

My sisters moved on from video games to other things, but I held strong. As an early teen I had an N64 all my own. During the summer I played endless hours of Super Mario 64, Mario Kart, and GoldenEye, but my favorite was always Zelda. My mother couldn’t find me one day because I woke up at dawn and played late into the night. I poured large pieces of my life into Ocarina of Time and Majora’s Mask, both of which I completed in absolute solitude.

In college, I had a DS and Nintendo Micro. I played old games, new Zeldas (The Minnish Cap and Phantom Hourglass) and my friend, Hannah, and I completed Super Mario Bros. 3 on my computer with two USB hacked controllers. My boyfriend (now husband) gifted me a pre-released Nintendo Wii for my 20th birthday after he won it in an Electronic Arts office raffle.

The past few years my Wii has laid abandoned in it’s box. Now I use my iPhone to play games, but they’re not the same. The phone is always with me and easy to pick up when I have a few minutes here or there, but I’m never captivated by the characters or the lore, and mostly stick to puzzle games like 2048. While I completely understand why Nintendo has avoided iTunes for many years, I’m happy for the possibility of a Zelda game coming to the phone and I would shell out good money for it. For now, I’ll bide my time on the ultra mini, retro console, NES Classic Edition (releasing in November), and maybe I’ll give my old N64 a dusting off.

P.S. Do you think Zelda: Breath of the Wild will be reason enough for me to buy a Wii U? 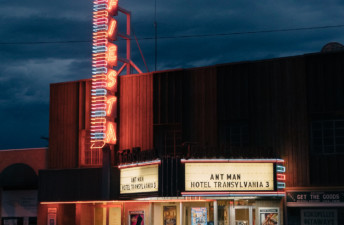 What Movies Have You Been Watching Lately? 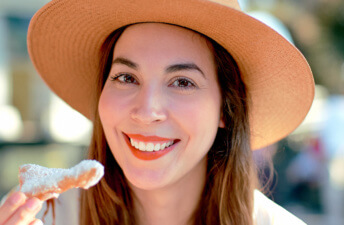 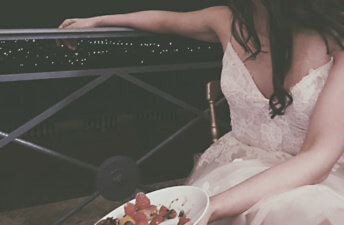 Have a Wonderful Weekend!