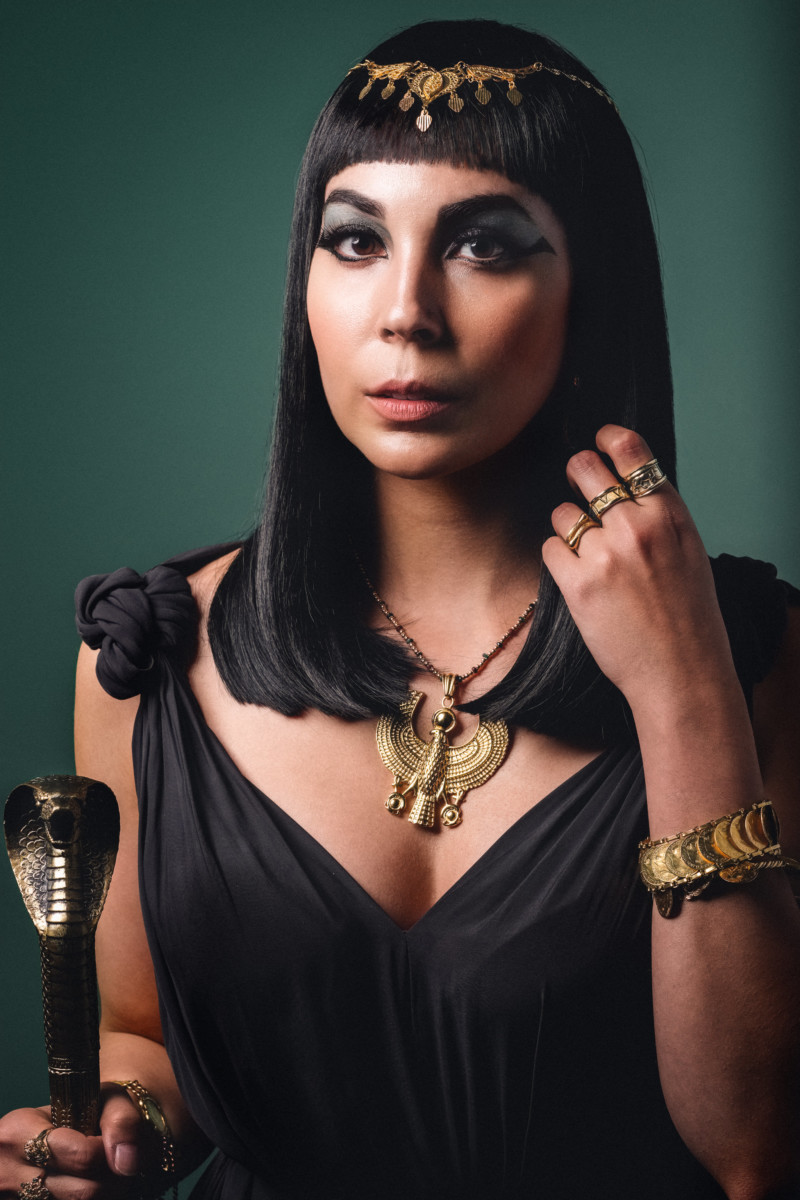 As a half Middle-Eastern woman, you’d think Cleopatra would have been a go-to costume most of my life. But the reality is that I’ve never dressed as her until this very moment. Somehow this costume finally fit, and I’m asking myself: why? Why, this year, should Cleopatra be the woman I want to embody for Halloween?

And I think I’ve figured it out. 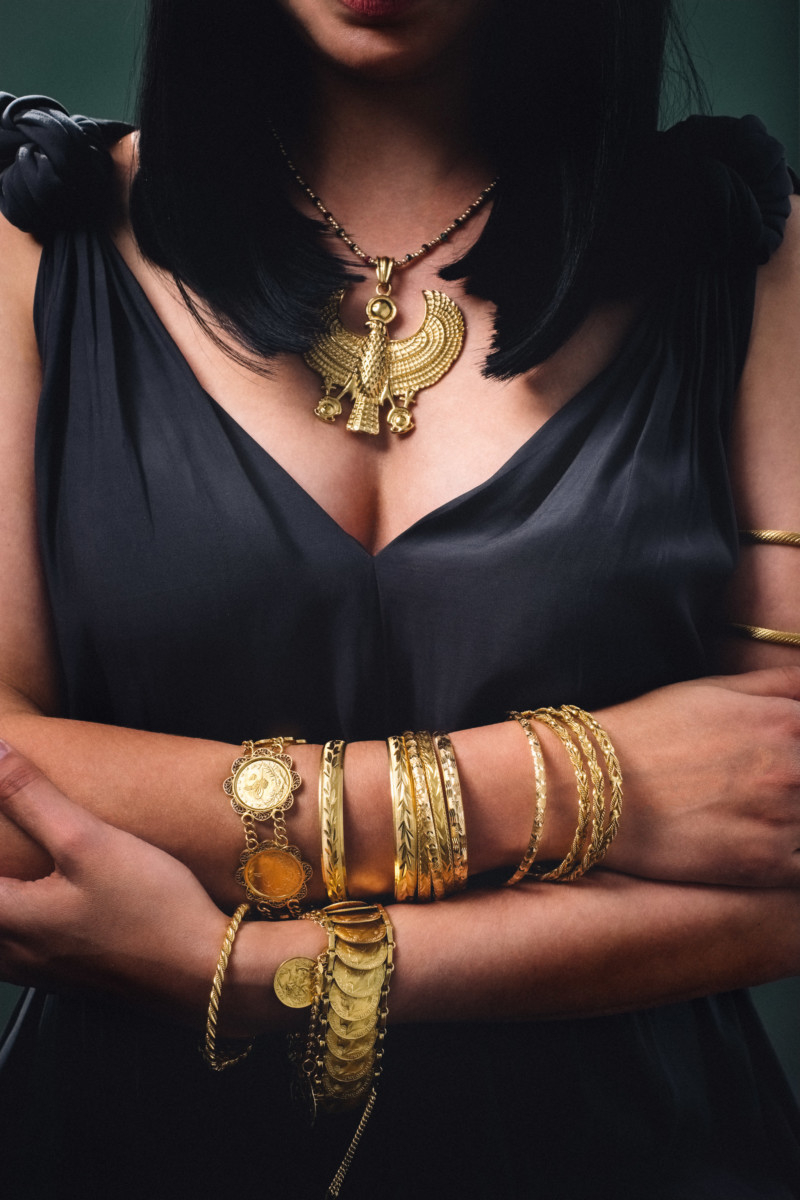 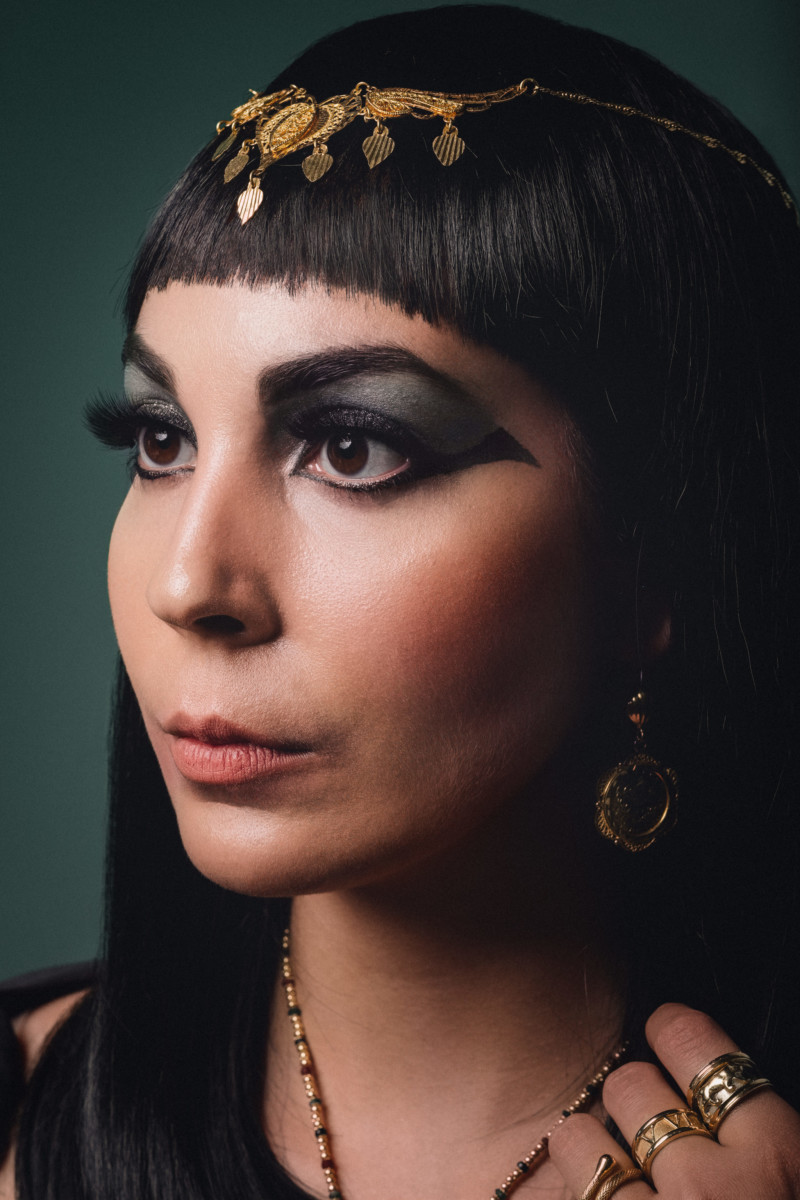 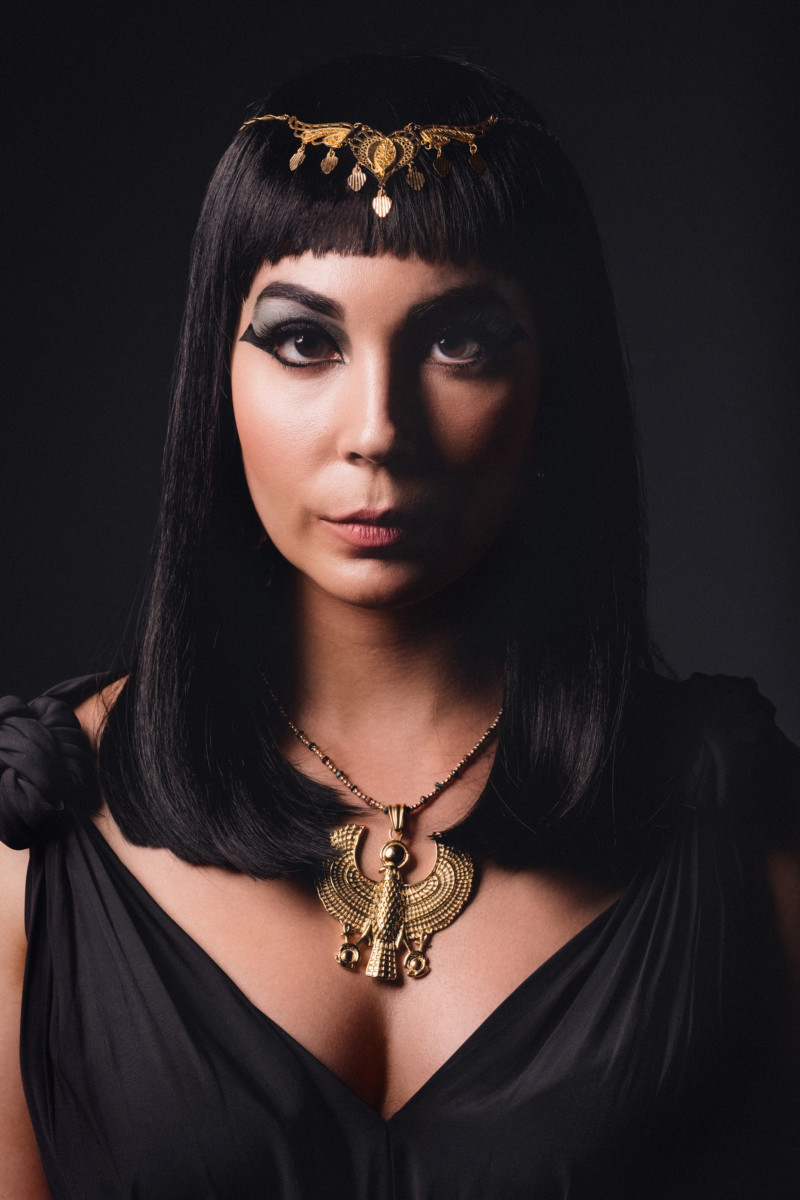 Cleopatra was a strong, influential leader. Decisive. A woman that history remembers. A queen that Shakespeare wrote about. And an icon played by one of the most beautiful actresses of all time. Through films, school, and literature, Cleopatra has been woven into my life like fine silk. She’s been pressed into women’s history like the pulp that formed papyrus. She’s emblematic of Egypt, of the mystery and exoticism of the Middle East, and was a woman ahead of her time. Well, I suppose I’m starting to feel like it’s my time. A time to be fearless and strong. To put on my battle armor and to make my own decisions in life. This year has challenged me in ways I never expected, but I’ve picked myself up again and again. It’s on my terms. It’s time to face things head-on. And while I’m not commanding an army or negotiating politics, life’s moments can sometimes feel just as important. 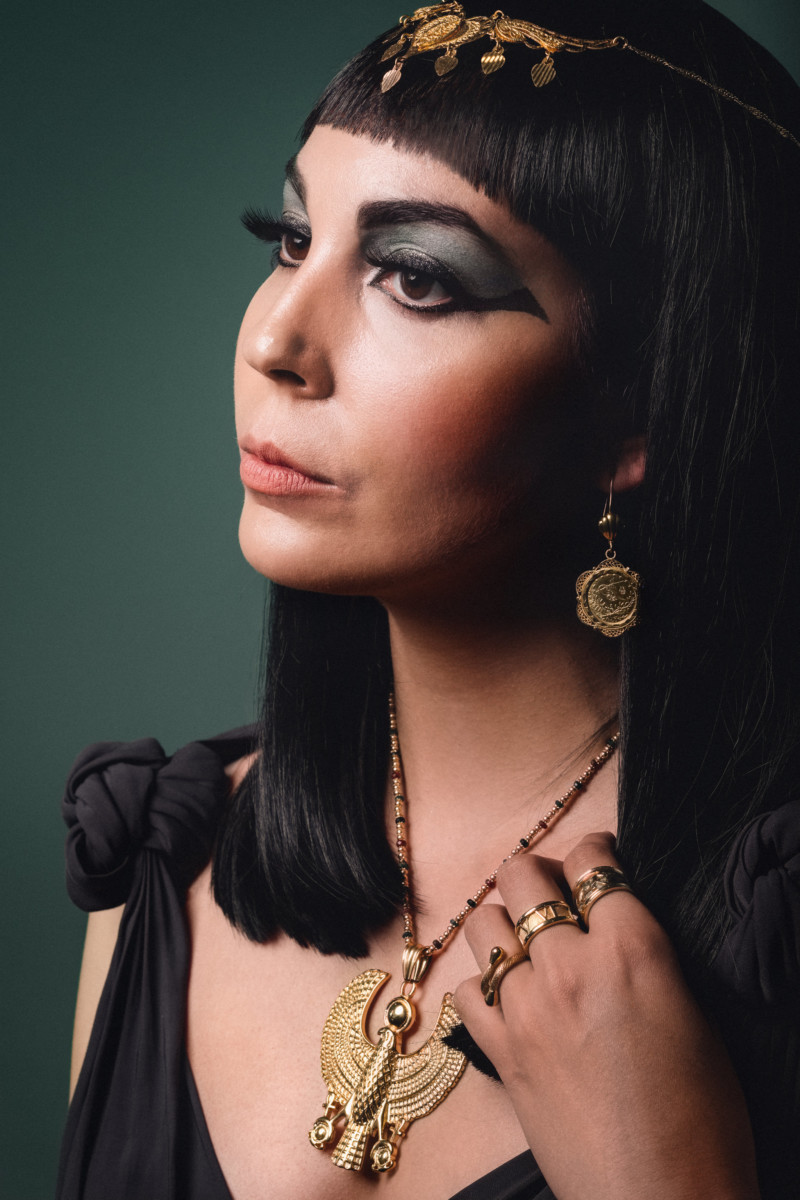 When we put on a costume, you get to feel out that person, their strength, their courage, and their power. And that’s what I feel like in these pictures. Powerful. Finally. And even though the costume may come off, I’m keeping the rest of it.

I hope you have a wonderful Halloween!

Special thanks to my husband for taking these pictures! To get my makeup look, I referenced a photograph of Elizabeth Taylor in costume and used this tutorial. 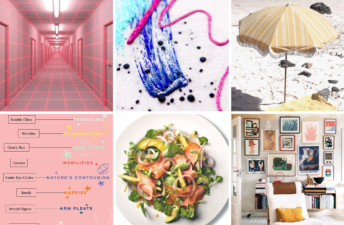 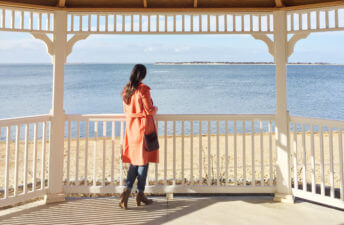 Are You Okay Spending Time By Yourself? 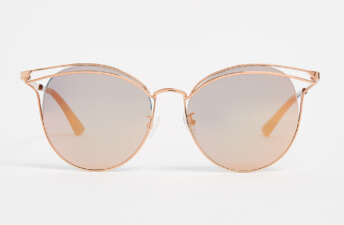