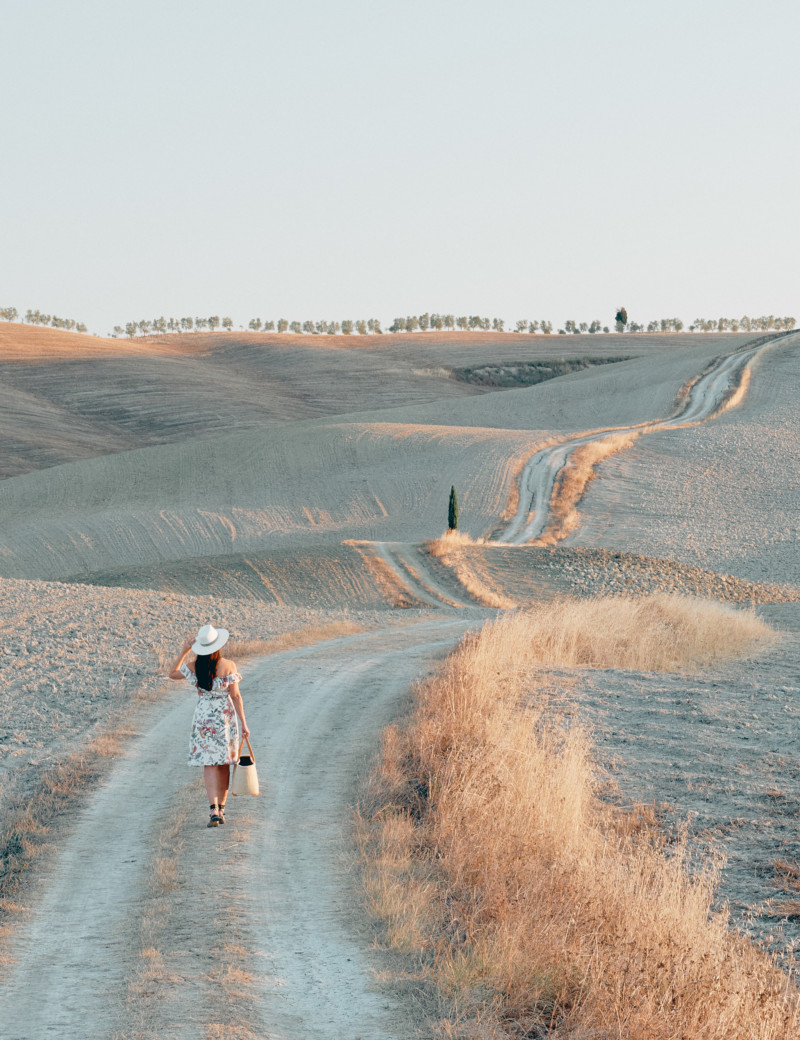 Audrey’s arm stretched to its fullest, reaching under the splintered wood of the sink. Where is that darn thing she thought, anticipating the cool metal touch of the wrench she was sure had to be somewhere. Old people always kept wrenches under sinks, and given that she had removed a toolshed full of handyman’s gizmos from the space, it was only a matter of time before she found it. Frantic, she pulled her arm out from the ajar cabinet and thrust both cupboard doors open wide, nearly pulling a hinge off its screws. The left door swung back and forth with a creek, gently bumping her bare shoulder and moaning its disapproval. Cabinets under sinks were disgusting in general, but this one was so decrepit Audrey thought it best not look. Her hand might as well be reaching through damp spiderwebs for all she knew. If something bit her, however, she would forget the whole thing and leave the shower as is.

“Andiamo!,” bellowed from another room. Audrey rolled her eyes and said a silent prayer of patience to herself, shaking her head while wet hair left little pools around the soles of her bare feet. This was not how she wanted to start the morning.

“Coming!” She shouted back in response. She hugged the towel tight at her chest and reached her arm deeper into the back corner of the cabinet, which seemed big enough to hide a village.

Audrey was seriously regretting her latest bright idea. Going on a trip to Italy was brilliant, but ending up at an old country house with two elderly Italians who didn’t speak a stitch of English might very well have been a stroke of insanity. It was the first week of her visit, and so far she had two stubbed toes, an earful of unintelligible orders, eight mosquito bites, and one broken shower. Coerced into this trip by an old friend who sold her on the companionship of two lovable, and seriously pushy Tuscan’s, Audrey found herself as the household plumber, fixing the shower whose pipes had given out. If you could even call it a shower in the first place. The old tub had a large crack in the shape of what looked like a seahorse, with an oval curtain rod hanging via a network of twine from the ceiling. The tub’s fixtures were so old and worn that the first time Audrey used them she thought they would clean break off. And there she found herself, halfway through a delightfully hot shower when the pipes had burst, sending chaotic spurts of water out of the freestanding tub and into the bathroom.

Finally, she felt the edge of a cold grip and clasped her fingers around the rusted wrench. As she stood, Audrey pushed back her hair, adjusted her towel-wrapped self, and jogged towards the sound of the voice. Elder #1, Teresa, was shaking her head and pacing so quickly with her delicate feet that Audrey thought she would have a heart attack. Water burst from the janky pipes stacked vertically above the porcelain tub, sputtering delicately over the earthen tile floor. It was a stressful scene and one that made her feel ridiculously guilty. It was just another thing she had broken in the house.

The plumbing had worked fine during her last attempt to take a rinse, but this time it had betrayed her. She was no handyman, but thank god she knew how to close a simple valve. Audrey fixed the monkey wrench over the rusted handle and pulled it hard towards her.

“Ahhhh, l’hai risolto!” Teresa shouted as the water stopped sputtering over her purple painted pedicure. “Buon lavoro, dolcezza!” She kissed Audrey’s flushed cheeks and went back into the kitchen to tend to her ever-simmering pot. The puddles on the floor were now hers to deal with, so she grabbed a handful of the sage-hued hand towels and soaked up the water.

When she finished, Audrey wiped her brow and leaned against the damp tub. This wasn’t the first thing she had broken in this house. Being a foot and a half taller than the owners, she had knocked a few knickknacks off a protruding shelf and yanked a pull cord right out of a desk lamp. She wasn’t a clumsy person but the farm cottage seemed to be telling her it had reached its end. “Let me go gently, delicatamente,” she imagined it saying each time the wind cascaded over the fields and through the windows. Audrey squeezed the ends of her dark brown hair into the tub, shaking the tip like a dog’s tail. A few drops clung to the gentle white curve for a moment before surrendering to gravity and meeting at the drain. If she hadn’t been so ready to get away from her life, she would have taken a few more days to think through this Italy trip a little better. But she had wanted to leave everything behind to write her silly idea for a novel and spend two months in a minuscule Italian village in Tuscany. She wasn’t even sure how her friend Charlotte had found this place – some house visiting website from the 90’s. It must have been. No one in their right mind would be lining up to stay out here, even if it was Italy.

But perhaps she was being too harsh. In the week that she’d been watching elder #2, Luca, plow the wheat fields and drink his Sambuca before bed, she’d written ten pages of outlines for her book. The views from the antique desk in her little stone bedroom were magical and meditative, and she could watch the evening clouds roll across the blue sky over the landscape of fields. Sure, she was worried about practical things, like the old plug shorting her computer, or what she would do with her life when it was time to leave, but in the meantime, she had found some of the peace she longed for. It was a retreat, not only from her life but from who she was. It had been against everything she believed to give up, but she had no choice but to give the reality of her crumbling business a hard look. It took courage to declare bankruptcy, to admit defeat, and raise the white flag. But that didn’t mean one had to stick around to witness a newly backed shopkeeper move into her storefront, or to wait around until her bank account went to zero. She’d rather hear about those things from far away as if they weren’t a part of her life anymore. Like the muffled voices of others talking when your ear is pressed inside a paper cup. Audrey was old enough to know that you couldn’t always get away from adulthood, but you could at least see it from afar. And the Italian couple wasn’t all that bad. Though they snored quite loudly, the walls were thick enough that a pair of well-placed earplugs worked wonders. Teresa cooked most every day, filling the house with fresh sauces made from her garden vegetables. And Luca took care of his farm, oiling his tractor and paying the local men to help him lift fertilizers and haul off pigs to the butcher. It was real country life, and in some unforeseen way, exactly what Audrey needed to heal.

With her hair air drying quicker than anticipated Audrey headed to her room and got dressed. It was time for a walk. Mustering up the courage to start her novel was required before she could actually sit down and write it, and so, a stroll through the village would be the right start to the morning. It was certainly better than taking a half-finished shower and falling out of the tub in a hurry.

Leaving the cool interior of the stout stone farmhouse, Audrey saw the sun just peaking over the fields. Luca had already gone out to feed the pigs in the darkness of dawn, but she noticed him off in the distance, his dog trailing along the horizon at his heels. The old dirt path she followed lead straight to the village, where its ancient inhabitants spent most of these summer days enjoying the heat with tiny espressos and too much sun. She had yet to walk this route, as she always took a ride in Teresa’s little blue Fiat, but she somehow knew it would be a vital path towards her new life. The morning was bright and beautiful, with an empty sky and shorn fields all around. Audrey’s sandals crunched underfoot and as she looked around, a moment of clarity overcame her. She truly realized where she was. In Italy. Far from her old life, but still being held down by the bitterness and heartbreak of the past. As she glanced at the horizon and adjusted her hair under the wide brim of her hat, she vowed to have a new start and to make something of herself. What had at first felt like a big escape, would prove to be a great conquering of old fears.

Thanks so much for reading! I was feeling in desperate need of a trip to Italy these past few days, so instead, I wrote one. If you’d like to see all our photos from Italy’s Val d’Orcia, click here. And to read my last short story, click here. I hope you have a great weekend! 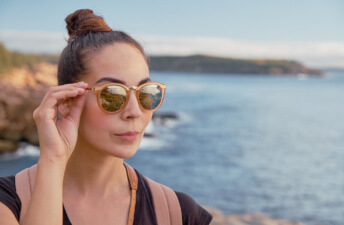 Maine’s Otter Cliff in the Morning 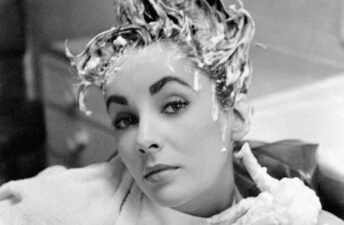 Why I Started Washing My Hair Upside Down 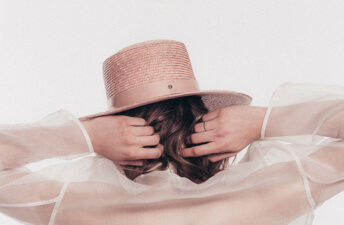 Hi My Name is Eva, And I Have A Hat Addiction