If you follow me on Instagram, lately you will have noticed that my social media presence has fallen by the wayside. I post things here and there, because, well, I’m a blogger and need to have something on there – but I’ll be honest, my heart simply isn’t in it anymore. I have plenty of great images to share: photos from She’s So Bright shoots, places I’ve been, things I’m doing, and even backlogged images that have never seen the light of day. The thing is, I simply don’t feel like sharing any of them on Instagram.

I’ve been using the app since it launched in 2010, and my first account was under the name of my young letterpress company. I posted whatever I felt like for many years: projects I was working on, bits and pieces of my life, and all the colorful behind the scenes of my little stationery studio. It was fun, new, and while I still tried to be thoughtful about my posts, it came easily and I enjoyed sharing. Soon I had accumulated a good amount of followers without much effort, and didn’t think twice about spending most of my phone time perusing the app.

The first sign of trouble came when Instagram changed the photo feed from chronologically ordered to algorithm-based. I liked the app linear, all posts had equal weight, and were in an order that made sense to me. Each time I opened the app, I would go back to where I last left off and see all the posts I had missed throughout the day. I could understand the timeline of what was happening in people’s lives and, best of all, content was given an equal shot to be viewed. But when they took over control of the feed, and determined what you should see based on what they thought was best, it went down hill for me. I hate seeing a jumble of posts, sometimes related, sometimes all from the same person, and more often than not, content from several days ago. I often miss posts from people I want to see and only see ones from those I’m less interested in. I appreciate a certain level of order, and this feels like quite a big mess to me (and similar to how I feel about my Facebook feed).

Fast forward since that change, to when I started this blog and begin a new Instagram account from scratch. I recognized my account was late to an already oversaturated platform and that there was an amazing amount of great content available to people. But this time I was really willing to go the distance and take the steps I needed to grow an organic following. I’d use the hashtags, tag my locations, and post great photos. And that’s what I did! It was okay at first, I was motivated, researching how to do a better job, but as months went by and I saw I was gaining 3 followers a day and being unfollowed by 4 the next, I started to realize all my effort wasn’t yielding any progress. In May, I got so frustrated with trying to build a following that I took most of that month off from posting anything, and barely looked at my phone.

My disinterest in posting is the culmination of many things, over many months and it’s finally just reached a head for me. After reading so many other content creators, bloggers and photographers voicing their own frustrations about the platform, I’ve decided to share how I really feel.

I have always struggled with keeping the time suck of an Instagram post to a minimum. I would labor away with editing the photos using a variety of apps, writing a clever or thoughtful message (sometimes searching for a great quote for 30 minutes alone!), and researching hashtags that will work best. Not to mention, the time it takes to actually take the photo in the first place. This is not an insignificant amount of time for anyone, and I know my effort is better spent on making content for the blog, rather than for Instagram.

Hashtags Can Be Punishing:

Did you know #easter is a banned hashtag? Since Instagram doesn’t give much live feedback in the app (unless you pass their “limits for the day”), you can go around hashtagging things that they are actively blocking. Some articles I’ve read insist that if you use a banned hashtag, your photo becomes blocked to anyone who isn’t a follower. Why would I want to use a platform that punishes me for doing my best to follow their rules? They decided that hashtags would be the way people discover photos, and then they don’t tell you when they’re not working? Or worse, you’re spending time adding hashtags to find that they’re working AGAINST you! I’m also sure with my own account that hashtags often don’t work at all. I have no idea why, but at this point I’m not particularly interested in trying to figure out the arbitrary laws of the no name algorithm (let’s call him Sid) that rules Instagram.

I started to suspect bots had taken over when I’d see users who were following thousands of people. With everything that can show up on your feed from just following fifty or a hundred people, I knew there was no way that person was actually interested in seeing anyone elses photos. I also realized pretty quickly that people were using comment bots and follower bots to game the system. But what I didn’t know, was that there is a huge web of paid features, Facebook groups that get people to the front page (real thing), and so many other schemes that people came up with to trick the algorithm. When you realize a large number of people are gaming the system so thoroughly, and winning at it, it feels sort of worthless to try and do it the honest way.

My Creativity Is Taking a Hit:

Without even meaning to, we all lean toward posting photos that will give our accounts the best shot. Photos with people always perform better than ones without, accounts with consistent colors and styles are desired, and it helps if you can go from exotic beach resort to exotic beach resort (I’m looking at you @gypsea_lust). These styles have all developed over time, but lately I’ve been feeling like I’ve seen it all. The photos across the platform feel like some sort of variation of each other. I think it strikes me most when traveling and seeing everyone posing in the same touristy place, taking the same kind of photo to share on their Instagram accounts. One article I read said it best: “Originality doesn’t beat the algorithm.”

I like a good selfie as much as the next girl, but I can’t stomach the overwhelming urge to constantly brag on Instagram, and I question the high level of consumerism that’s being promoted in the platform. Last week I watched a blogger go full QVC on her Insta-Stories, telling her followers that the swimsuit she was wearing was going to sell out within minutes, so they better grab it fast! I completely understand that for many, it’s a business and a way to make money, but that doesn’t mean it’s promoting good values. Multiplying this a zillion times over and it feels like many users are both bragging and trying to sell you something at the same exact time. Am I naive to think about artistic expression?

With all these issues building up, I’ve decided to slow my social media presence a bit, put more of my time into photography, and spend the extra effort on a platform I control: this blog. Instagram, I gave it my best shot, but I’m now patiently waiting for the next app that will steal my heart and my iPhone battery life. In the meantime, I’ll be relying on Stories to keep me warm at night.

Follow me on Instagram @evagrall to watch fun Stories with my cat, and see behind the scenes of the blog. And how do you feel about Instagram lately? Do you feel ruled by the algorithm, uninspired, or overworked? Share with me in the comments below! To read a bit more about other opinions on Instagram, check out this (possibly satirical?) article from Fstoppers, this Blogger’s great article about the value of putting effort into your own platform, and an insider’s reveal to gaming Instagram’s algorithm. 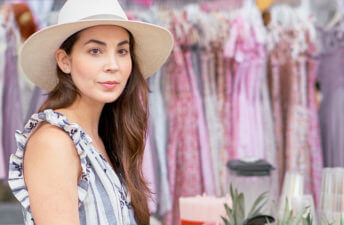 A Visit to Saint-Tropez’s Farmers Market 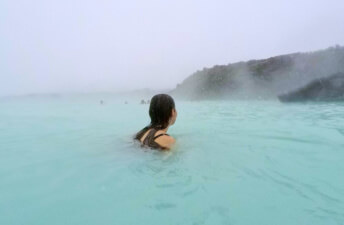 Snowy Reykjavík and a Soak in the Blue Lagoon 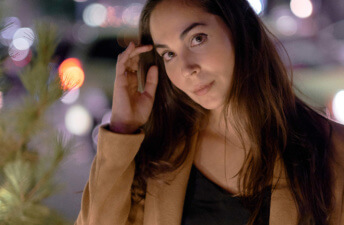