What I’ve Learned from a Month of Eating Clean(ish)

It’s been a little over a month since I started working with a nutritionist, and though the method we’re using is pretty straight forward (eat fruit, veggies, and not much else), there’s still a few unexpected things I’ve learned in the process. While I can’t say I’ve been fully eating clean – I have to have milk in my lattes, and take a bite of whatever delicious thing Jon’s snacking on – it’s as close as I’m ever going to get! Here’s what a month of eating clean has taught me:

Eating Less Is Not More – One of the reasons I started working with a nutritionist was because I was having terrible fluctuations in my energy. One day I’d be bouncing off the wall, writing furiously with intense focus, and the next I’d be sinking into a stupor, unable to do more than get out of bed. While I struggle with an occasional migraine among other minor issues, I was beginning to see that this was more than just the occasional fatigue and, frankly, not something I was willing to live with. This was the first thing I discussed with my nutritionist, and she quickly asked how often I eat. Turns out two meals isn’t enough, especially if it’s not made up of the nutrients I need to keep me going. Added to the fact that I often put off eating until later in the day, I was running on empty and confusing the heck out of my metabolism. Amazingly, I’m now eating three meals a day, with more food, while losing weight – and I still have more consistent energy than before. It boggles the mind!

You Don’t Have to Give Up Anything – Before getting involved with a professional, I thought a lot about what I wanted in a nutritionist. I knew I wasn’t the kind of person to count calories and use measuring cups when it came to food, but I had no way of knowing if this was the method I was going to be asked to try. I was looking to find balance: eating good, energizing food most of the time, exercising every day, and being able to splurge on what I wanted without a second thought. That’s where clean(ish) comes in, in the title of this post. I’ve been eating a clean diet, minus the few things I’m unwilling to give up, the occasional dessert and other snacks here and there. Tara, my nutritionist, assured me it was all about balance, longterm changes, and consistency, rather than crash dieting or obsessing over every calorie. As soon as you tell yourself you can’t have something, it’s all you want to eat, so Tara’s method was to eat well enough that you don’t crave the kind of stuff that will slow you down. I get it now, and while mangos are my favorite thing for dessert, I don’t shy away from a few slices of pizza every now and again!

Trader Joe’s Has Saved Me – With a huge variety of pre-made salads and gluten-free wares, all at reasonable prices, Trader Joe’s has been a godsend. It’s a no-brainer how to make a healthy meal, but for some reason having the lettuce already chopped up with a few little add ons like dried fruit or nuts, has made eating well so easy. You can’t eat clean by eating out, especially if you’re like me and hate most salads you find in restaurants, so the solution is often preparing meals yourself and eating at home. Every day. And every night. It’s time consuming and can be tedious, so the pre-made salads have come in serious handy to keep me going. I wised up to this tip after reading this article about making easy lunches, and haven’t looked back. My favorite Trader Joe’s products are the Kale & Broccoli Slaw with dried cranberries and sunflower seeds (ditch the sugar filled dressing for a light peanut sauce), the Champs Elysées salad mix with green leaf lettuce, radicchio, and carrots (I add cucumbers, tomatoes and avocado to this one), and their brown rice and quinoa pasta. I didn’t think I’d be the person asking if something’s gluten free, but for now I’m happy so long as Trader Joe’s is there for the rescue.

You Don’t Know Where You’ll Lose Weight – This may come as a big surprise to you, but once the weight starts coming off it’s a guessing game to where it will happen first. For me, I had my eyes trained on the little love handles I carry around on my waist, but after reviewing the side by side photos of my figure at the three week mark, it was clear that wasn’t where I was loosing fat. It’s comical, but nearly all my weightless has been in my butt!! Which, I suppose makes sense given that as I’ve gained weight slowly over the past few years I could never figure out where it was going. Mystery solved – it’s simply been behind me the whole time! While I can no longer tease my mother about her “flat” rear, it’s nice to see that I’ve dropped a few assets of my own!

It’s Not Hard – Perhaps because I was already making smoothies for breakfast and very comfortable around a kitchen, it wasn’t difficult for me to make a big change. The most challenging thing has been the removal of bread and pasta from my diet, which was a go-to staple for quick lunches and dinner. Once I replaced those with proteins, like hardboiled eggs, quinoa, or brown rice, it ended up being an easy switch. For anyone interested, I suggest making gradual changes so that you’re never overwhelmed. Cut out the soda, or make yourself a salad every day for lunch – and with each of these changes you’re able to make better choices. It doesn’t happen overnight, but rather is a slow, intentional improvement to your health.

I’d long ago abandoned big box stores for Whole Foods and local farmer’s markets, but that didn’t mean I wasn’t intimidated by the idea of changing my diet. On the first day, I was pretty worried about what I’d be eating (or not eating!) and thought there was no way I’d be sated. But, I took the leap, have learned a lot and I’m so excited to be taking better care of my body!

Have you ever changed your diet? What kinds of things did you learn? Share with my readers in the comments below! 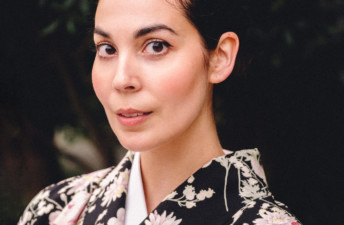 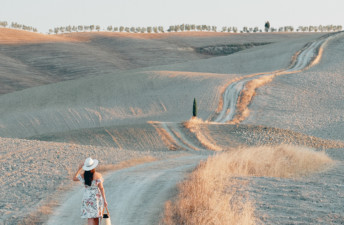 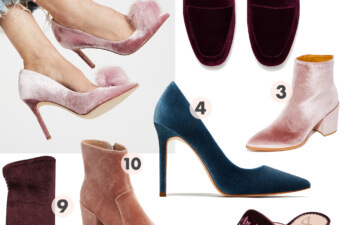