A few weeks back we decided on an impromptu trip to Montréal. It was still cool and gloomy at home and summer wasn’t quite here, so Jon suggested we go someplace new for a few days. When I found out Montréal was only 5 hours away – a nearly straight shot north through New York state – I quickly started browsing hotel options and researching the sights.

Montréal is the largest city in the Quebec, second only to Toronto in all of Canada. It was settled by the French, and was a hub for commerce during the lucrative beaver trade in the early 17th century. While all of Canada seems like a difficult place to live in winter, I can’t imagine the struggle for the people who lived here all those years ago. Even when we visited, it was still chilly, spring was quite delayed, and I wore long underwear in May.

But nonetheless, the city is incredibly beautiful, particularly the area called Old Town, where buildings date back to the early days of the busy port city. This was where we decided to stay, at the Auberge du Vieux-Port – a cute, well located, boutique hotel known for its stone walls and iron bed frames.

Since it was late afternoon by the time we checked in, we freshened up and headed out to catch the last light of the day.

Looking for a pick-me-up, we passed by the Notre-Dame church (a stop inside will have to wait for our next visit) and I stumbled on Crew – a cafe located in an old bank. It was a lucky stop because Crew was one of the most unique coffee shops I’ve ever been in!

The magnificent space was split into a sprawling lounge and a workspace with original bank teller booths converted into meeting rooms. A startup lived in one part of the space and the rest was filled to the brim with French speaking young people, academics and entrepreneurs. I ordered a tea and sat at one of the vintage tables, still home to the brass lamps and bins that would have been present in the old bank. I always love when the details of buildings are preserved – it felt like such a happy meeting of old and new.

We headed out to wander the port in the last hour of sunlight. Nearby I found a little place to play with shadows.

After, we watched the sun set the sky on fire.

The next morning Jon ventured out alone at sunrise to capture the Biosphére and Habitat 67, both of which were built for the 1967 World Fair (boy do I wish i could have gone to one of those!).

The Biosphére was an example of a self sufficient living place and is now aptly a climate museum. It reminds me a lot of Spaceship Earth from Disney World’s Epcot Park – and wouldn’t you know it, both were structurally designed by Simpson Gumpertz & Heger Inc. of Boston, Massachusetts.

So cool and visually satisfying!

The other sight to see was Habitat 67, built by architect Moshe Safdie. The building was a model for urban communities of the future and would bring the suburbs into the city. The prefabbed concrete homes are attached together in such a way that they create privacy, gardens, and fresh air. While the place has too little greenery for my taste, it is a fully occupied, private residence with a waiting list as long as your arm.

Once he was back from his photography adventure, we ate breakfast at the incredible Olive and gourmando. Jon got the granola with fruit and I ordered the spectacular salted ricotta with orange zest and toast. Washed down with a latte and orange juice, I can’t even describe how fresh and delicious the food was. Hopefully the photos and Jon’s wry smile convey our enjoyment.

Then it was off to Le Plateau-Mont-Royal! After living for 6 years in San Francisco, and with a sister who lives in Brooklyn, I can safely say that this area was the hippest place I have ever been. Between the nose rings, the abundance of pink hair, the skateboards, dreads, and Dr. Martens, I wasn’t sure if we were in a part of London or a punk rock music video. Without colored hair or a tattoo I felt all too square, but it didn’t stop me from enjoying Dispatch Coffee (located next to a strip club like our own office in SF!) and slurping up an amazing hibiscus iced tea inside their concrete-meets-corrugated metal, minimalist location. It was fun to people watch!

Montréal has the most cafe’s and restaurants per capita, and believe me when I say you could throw a stone and hit a chic café or hip coffee shop. It was overwhelming! When we visit next, I plan on spending a good amount of time explore the coffee culture and enjoying the unique café spaces.

Well into the afternoon, we drove to the Marché Jean-Talon which was easily my favorite place in all of Montréal. Similar to the fresh markets in France, cheese is cut to order, nuts are glazed and on display, and there was an entire section dedicated to flowers (view my post about the flowers here). We snagged some Comté, fruit and nuts, then headed to the bakery for a baguette and some much needed rest for our feet.

Next it was the underground tunnels in the evening. As commuters hurried to catch their connecting trains, we joined them in wandering the tunnels that web through the center of the city and provide shelter to the locals in the coldest of winters. Apparently over a million citizens pass through every day in winter – when the temperature can drop to minus ten degrees. While the pathways lead mostly to huge underground malls, depending on what’s above, the decor will change. This hallway, under the W Hotel was beautifully designed, modern, and practically deserted save for the lone floor cleaner.

We snacked on our bounty from the Marché while walking back along the riverfront, where we stumbled on a piece of installation art that told the history of Montréal. Because of our wedding, I know how much the French love colored light, and this performance fit right in with the culture.

The next morning Jon and I woke up early, and despite the overcast day which wasn’t great for photos, we headed back to the Biosphére to explore the islands along the St. Lawrence river. The group of islands was fun to see and during the summer there are little beaches and many music festivals. Called the Île Sainte-Hélène, the island is home to an amusement park, a few abandoned factories, and the Parc Jean-Drapeau – a huge public park. The neighboring island, Île Notre Dame, was the site of the 1976 Olympics and from the car I could see the concrete tennis courts, over grown by weeds after years of neglect, and the old stadium (now a museum) that sits above the tree line. One part of the island used to be a Formula 1 race track, and we found ourselves driving along the actual road in our little red Mini Cooper. Jon was tempted to floor it, but the occasional construction worker and police officer made him think better of it.

Because of all the signs, I was curious about the 24-hour casino nearby, so despite the fact that it was 8 am on a Thursday, we pulled over. Aside from an innocent relationship with the occasional scratch ticket, I am not a gambler, and a peak inside the casino was frankly only a deterrent. Let’s just say, if you find yourself in the early hours of a weekday inside a casino, you’re in trouble. Apart from sheer curiosity, it was not worth a real visit.

Since it was early, we took a quick drive around the hilltop to see the views, then headed back to Mont-Royal for breakfast at Fabergé where, craving salty and sweet, I ordered the chicken and waffles. Yum!

After, I did some light shopping and picked up bathroom soap at Aesop and some children’s clothes for my nephews at the punky and neon Electrik Kidz. Then a quick stop at the hotel to pack, an afternoon snack at Olive and gourmando (this time a different ricotta dish!), and it was back in the car for home!

Phew! That was a lot to do in a short amount of time, but it was a great introduction to a fabulous city! We’re looking forward to visiting Montréal again this summer and hopefully we’ll get to see more of what the city has to offer. I, for one, would like to spend a lot more time inside a coffee shop or two!

Have you been to Montréal? Share your favorite places to visit in the comments below! And did you happen to catch my detective shoot from this trip? Check it out here! 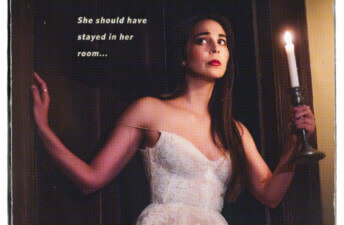 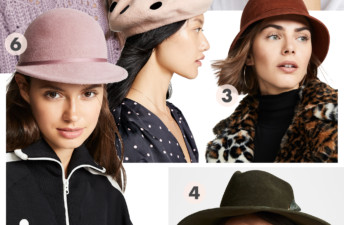 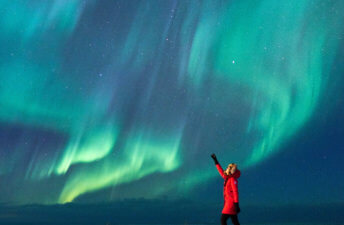