At 7 a.m. on Saturday, January 21st my alarm went off. I thought I would be more tired, as I am most mornings, but I easily hopped out of bed, full of anticipation. We were ready, having made signs the night before, and the weather was looking to be nicer than anticipated. I slipped on my never-worn Nasty Woman tee, which arrived a day after the election, taped some Dr. Scholl’s inserts into my butt-kicking black boots, and marched down the stairs to gather my things. Once my sister arrived, we shared bagels, stuffed our pockets with snacks and waters, and then headed to the train together.

The gathering on the platform started off small, but was encouraging, people wearing bright pink pussy hats and the signs were already numerous. By the time we boarded, there were three times as many people. At final boarding, the NJ Transit was packed. The three of us managed to get seats at the back of a car, but the entire train was full of people, sitting down or standing in the aisles. When we transferred trains in Newark, we couldn’t get a seat and instead stood amid a group of purple-clad elderly women discussing their plans. The conductor held the train for several minutes and people scurried across the platforms from transferring cars. There was a feeling of purpose and the untapped excitement filled the air.

I saw an older man in a black dress coat who looked like he was unhappily caught amid all the female commotion. His dress and demeanor resembled that of a lawyer, heading in on a Saturday to finish an important case. Then, he leaned across the aisle with a conspirators smile and said to his neighbor, “I heard there are so many buses, traffic has stopped on the Delaware.”

The train switch split our group, so we reconnected in Manhattan and headed over to the start of the march together. The streets looked reasonably quiet and it did not feel like the city was all that abuzz with excitement. Rather, it felt like a normal Saturday morning, sleepy and damp, with delivery men loading dollies and tour bus salesmen standing on the curb. One shouted something encouraging as the group flowed like a stream along the 34th St. sidewalk to Manhattan’s east side.

At around 10:30 a.m. my husband, sister and I, had followed the trail of hundreds of people to the start of the march. As we waited in anticipation for it to begin, protesters started pouring in on all sides. Clever signs surrounded us, keeping us entertained as we stood for another hour and a half.

Then, we heard the drums. And the whole crowd roared like nothing I have ever heard in my life.

We had the pleasure of marching directly in front of The Lesbian and Gay Big Apple Corps, led by a tiny elderly woman, who as far as I could tell was still going many hours later! I looked back to see one of the dancers burst into tears at the sheer outpouring of support and cheers from everyone around. “We’re Not Gunna Take It,” was obviously a big hit.

The Women’s March on NYC was simply incredible to be a part of. It was like a protest, parade, celebration, and rally all in one. I have never seen so many different people, so close together. There were people of every age, every color, every height, every religion, and every background fighting for rights for all Americans. I saw giant rubber vaginas, I saw blow up dolls, I saw rainbow statue of liberty puppets, but the most important thing I saw, were the signs. Signs, signs, everywhere, saying all kinds of things. From a simple “Nope.” on a tiny piece of cardboard, to the important “Black Lives Matter”, to a brutally honest “Too Many Issues to Fit On One Sign.” All kinds of personalities were expressed and exhibited. Humor and drama, power and rage, there was cleverness, wit, and art everywhere.

Some of my favorite signs were:

NOT TODAY SATAN (makes me laugh every time!)

IT WAS THE ‘FEMALE’ NOT THE ‘EMAILS’

DON’T JUDGE MY ABILITIES BY MY DISABILITIES

And you have to love the ones that just tell it like it is:

I CAN’T BELIEVE I STILL HAVE TO PROTEST THIS SHIT

Then some people were just carrying bags of Cheetos around with “Not My” written above the label. Was that a cardboard cut out of Beyoncé floating about the crowds? My head was spinning to see it all.

When our backs started to ache at 42nd and 3rd, we had barely gone a few blocks into the start of the march and it was already 3:30 p.m.. I had depleted the Annie’s fruit snacks hours ago, but it didn’t matter, there was too much excitement to be hungry.

This was my first march, my first protest, my first sign I’ve held above my head. I channeled the students in Hong Kong, whose giant banner moved me to tears when I saw it: “Do You Hear The People Sing?” The memorable song, from Les Miserables, is uplifting and powerful and nods to the French Revolution. On the other side of my sign, I spoke for Bernie: “The Revolution Starts Now,” complete with a power fist. Jon went with a simple #NotMyPresident and of course, the classic, “I’ll Pee On Trump For Free” sign – complete with a yellow splattering stream. Many people stopped to have a photo taken with him and his sign. I think serious, moving signs are good, but clever/shocking ones really get the point across.

It took us until 5:30 p.m. to make it the last blocks before Trump Tower – nearly 8 hours to do the full parade route. My back was aching and I was loosing my voice, but the enthusiasm was infectious and I felt great!

I passed groups of children, leading the crowd in chants and shouting at the top of their lungs, “Not My President.” I walked behind an EIGHTY-SEVEN year old woman in her walker. I stood besides a blind woman, behind a boy with downs syndrome, next to men of all colors. It was humbling and unifying. We were all marching together as one, fighting together, and fighting for each other.

P.S. Marching is just the first step to getting involved. Please consider doing the following: 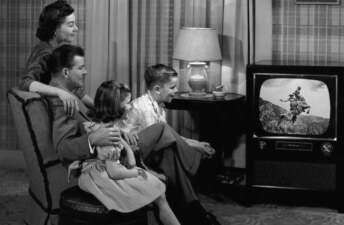 The Healthy Benefits of Watching Too Much TV 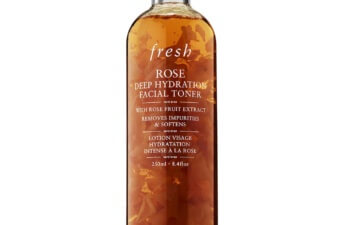 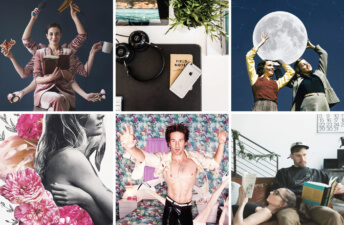 How to Up Your Creativity, and Other Inspiring Links